As you may have noticed my blog posts have been very lacking. This is because of two things – firstly I had my exams, and secondly I have had a lot of phone line and internet issues. It is only working a couple of hours the last few nights, but I hope soon to try and get lots of reviews up if my internet is fixed properly!

Again sorry for the unavoidable lack of action but I hope to be back in force soon! 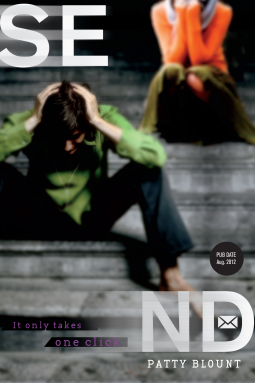 It’s been five years since I clicked Send.

Four years since I got out of Juvie.

Three months since I changed my name

Two minutes since I met Julie.

A second to change my life.

On his first day at his new high school, Dan stops a bully from beating up a kid half his size. He didn’t want to get involved. All he really wants out of his senior year is to fly under the radar. But Dan knows what it’s like to be terrorized by a bully-he used to be one. Now the whole school thinks he’s some kind of hero, except Julie Murphy, the prettiest girl on campus. She looks at him like she knows he has a secret. Like she knows his name isn’t really Daniel.

We are in a new age of bullying. No longer seen by teachers or parents. Technology has taken over our lives and this allows bullies to get to their victims any time via mobiles, internet, and gaming, thus increasing incidents of ‘gang bullying’ where attacks can come from many others – who previously would not say anything – publicly on social networking sites, for example. Many people can now comment, laugh and join in the taunting without necessarily feeling like the traditional bully. This novel tackles this new type of bulling and shows the true destruction it causes. It shows the destruction it can cause to both the victims, their families and the bully.

Our protagonist Dan has a dark secret that he tries to hide but is unable to stay out of trouble when he takes it upon himself to look out for Brandon. Brandon is bullied relentlessly and Dan cannot just watch. Not this time.

Patty Blount has taken an interesting take on this novel by casting Dan as the protagonist – compared to more traditional bullying books where the victim is the protagonist. This is a striking idea and helps show the pain Dan goes through knowing that his partaking in cyber bullying pushed one kid over the edge to kill himself. Dan suffered. Dan is still suffering. This is why he can’t watch Brandon continue to go through hell without at least one friend at his side.

Being British means I do not know much about American High Schools except from what I have learned from watching TV and previous books. This book will be easier to read for Americans but is still very relevant for others. A book that teachers and parents must read to understand how things have changed. One for teens to read to learn from, to relate too, and to understand. To understand that there is no easy answers but there are better options.

Send has discussion questions that would be perfect in the classroom. A novel we can all learn from, written at an accessible level with many issues built into one. It deals primarily with bullying but also deals with grief, loss, punishment, mental illness, growth, love and many more.

A novel capturing the truly destructive nature of humanity but the healing nature of time and hindsight.Yet without discounting the scars time cannot heal.

Just to let you all know this will be slightly slow on the blog until my exams are over! But trust me plenty of reviews will appear after 19th December! So watch out! And please bear with me.