“The dead rest on shelves like books. Each body has a story to tell, a life in pictures only Librarians can read. The dead, called ‘Histories’, rest in the Archive.

Da first brought Mackenzie Bishop here four years ago, when she was twelve years old, frightened but determined to prove herself. Now Da is dead, and Mac has grown into what he once was, a ruthless Keeper, tasked with stopping often—violent Histories from waking up and getting out. Because of her job, she lies to the people she loves, and she knows fear for what it is: a tool for staying alive.

Being a Keeper is dangerous and a constant reminder of those she lost, Da and her little brother. Mac wonders about the boundary between living and dying, sleeping and waking. In the Archive, the dead must never be disturbed. Yet someone is deliberately altering Histories, erasing essential chapters. Unless Mac can piece together what remains, the Archive itself might crumble and fall.” (From Goodreads, 20th January 2015)

One of the things any book lover enjoys is a book about books, libraries, and drama. The archive however, is a different type of library, the books contain the histories of the dead individuals. However, violent histories break free and Mackenzie must stop them. Moving house, she has found her new home has many more histories waking up, needing to be returned to the Archive. Soon she is pulled in to a deeper mystery within the Archive as not all is as it seems.

This novel is fast paced and a very quick read. It is a book to grab the attention of reluctant readers, young adults, teens and adults alike will enjoy this novel. This book is the first in a series and I am yet to read any further, however, I definitely will be. 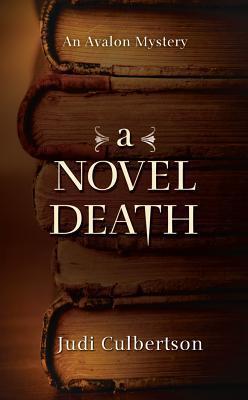 Like many other used booksellers, Delhi Laine, proprieter of Secondhand Prose, dreams of making the Great Find–if not a Shakespearean Folio, then at least a fragment of an Emily Dickinson or Edgar Allen Poe manuscript. But after receiving a very rare and valuable children’s book into her collection, she finds out such treasures can come at a terrible cost–the suspicious death of one colleague and another left for dead days later. (From Goodreads, 12th May 2014).

‘A Novel Death’ is one of those novels that has sat on my Kindle for ages due to being overlooked and put off due to more popular and raved about books. However, I am glad that I put this novel on my 2014 TBR and eventually started reading it! For all book lovers, I’m sure you will agree reading a book that is about books and set in a book shop is always good!

In ‘A Novel Death’ we have a collection of second hand book dealers who competitively attempt to uncover that ‘Great Find’ which will first provide them with riches and also respect from others in the business. However, such finds bring about a whole other side, a murderous side. And so we are pulled into a confusing, page turning thriller with a strange sight into what one would imagine to be a safe business. This is a thriller that goes away from the typical formula, and therefore is a breath of fresh air.

I would recommend this novel to those that are new to reading thrillers, for book lovers and for those who like a more gentle thriller that isn’t from the view point of a detective or police officer. ‘A Novel Death’ may not be the most suspenseful or complicated murder mystery out there however, it was still an excellent book and a very fast and enjoyable story line that kept me from putting the book down!

So I have been absent for a while, and my last post did not give much away. However, here is what should be appearing in the next couple of weeks!

I will be doing an update on my TBR challenges, also I will update you on my book buying ban….which is going better than I thought it would! I am quite impressed with myself!

I hope you look forward to these posts, and that you forgive me for my absence, but sometimes uni has to be a priority (unfortunately).

The captivating sequel to INKHEART, the critically acclaimed, international bestseller by Cornelia Funke–available for the first time in a beautifully designed trade paperback!

Although a year has passed, not a day goes by without Meggie thinking of INKHEART, the book whose characters became real. But for Dustfinger, the fire-eater brought into being from words, the need to return to the tale has become desperate. When he finds a crooked storyteller with the ability to read him back, Dustfinger leaves behind his young apprentice Farid and plunges into the medieval world of his past. Distraught, Farid goes in search of Meggie, and before long, both are caught inside the book, too. But the story is threatening to evolve in ways neither of them could ever have imagined. (From Goodreads, 27th August 2013)

Okay, so this is the second in the series, and as you may know, I find it difficult to write reviews on series.

Cornelia Funke has built a story, about stories,  which grips you and keeps you wanting more. Despite this being a book aimed at children 12+ (my estimate) it will en-capture audiences of all ages. Inkspell takes the story further from where we left off in Inkheart. We get some answers, we get more questions. I am looking forward to reading Inkdeath – the third and final book in the trilogy. I want to know what happens. I want to know do things get better? Do they get worse?

In a world where you could speak the words of a book, and pull characters from it’s pages, or draw yourself into the book where would you go? What repercussions would there be? Which world would you prefer?

A series that will capture the imaginations of everyone, everywhere.

The Great Recession has shuffled Clay Jannon out of his life as a San Francisco Web-design drone—and serendipity, sheer curiosity, and the ability to climb a ladder like a monkey has landed him a new gig working the night shift at Mr. Penumbra’s 24-Hour Bookstore. But after just a few days on the job, Clay begins to realize that this store is even more curious than the name suggests. There are only a few customers, but they come in repeatedly and never seem to actually buy anything, instead “checking out” impossibly obscure volumes from strange corners of the store, all according to some elaborate, long-standing arrangement with the gnomic Mr. Penumbra. The store must be a front for something larger, Clay concludes, and soon he’s embarked on a complex analysis of the customers’ behavior and roped his friends into helping to figure out just what’s going on. But once they bring their findings to Mr. Penumbra, it turns out the secrets extend far outside the walls of the bookstore. (From Goodreads, 17th July 2013)

I love books about books. So was very interested in Mr. Penumbra’s 24 Hour Bookstore and considering the hype around the book tubing/blogging community was happy to get my hands on this novel.

Clay begins work at the strange hole in the wall bookstore in San Francisco, but Clay soon realises that there is more to this bookstore. Soon we are brought into a world where books and computers combine to work out puzzles within the texts.

This is a novel that had a lot of potential but I felt lost focus. It was more the momentum of the story that keeps you going. The want to find the answer to the puzzle.

I feel that I wanted this book to be one of my favorites of the year before I even bought it that left me feeling disappointed. The turn away from a book focus to a computer focus wasn’t something that I enjoyed and feel that if I knew that was going to happen I may have enjoyed this novel more.

A book with so much potential, but falling short.

Okay so ‘Matilda’ isn’t really an adult or young adult, so I am kind of broken my own rules BUT it is my all time favorite novel and one I go back to again and again.

Matilda has been born into a family who doesn’t want her. Her father is dodgy car dealer, her mother solely interested in herself and her older brother is falling into that way of life.

Matilda, however, learns from a young age how to look after herself, and begins to find solace in the local library where she reads the entire children’s section before moving onto adult novels. Matilda does not realise that she is extraordinary. She is special.

When Matilda starts school she begins to learn her true potential and her ability to stand against the evil headmistress Miss Trunchbull. A beautiful novel of magic, freedom, good and evil, and a way of understanding of the real world.

Matilda is a fantastic novel to spark children’s (and adults) imaginations. A feel good novel that shoes the importance of books.

If you do anything for your children buy them Matilda, or in fact the whole Roald Dahl children’s collection of books! Also check out the movie and the musical!